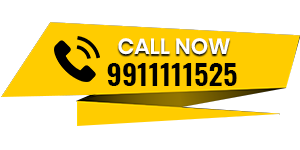 12th fail Admission in Nios Stream 2 October 2023 – 12th board exams Fail Students of regular Schools have got a formidable opportunity to appear once again and Pass the class 12th board exam in 2023. National Institute of Open Schooling (NIOS) opens up the Gate for them. We at Kapoor Study Circle provide help in Admission guidance and coaching classes. These students can Pass class 12th in the same year 2023 and go out happily to continue their future course of action. They can appear once again in Nios board exam for class 12th in the same year 2023.

If you are a student Fail in 12th class (Senior Secondary Grade) from CBSE or any Board of Education in India, Blinking with frustration as what to do next? Don’t worry at all. You can join the exclusive NIOS Admission steam 2 for  fail students. Here you have an opportunity to re-appear only in your fail subjects in the same year. You can also change the subjects in which you are facing difficulty and by selecting the easy subjects you can pass the board exams of class 12th in the same year very easily.
The NIOS ADMISSION for stream-2 is really meant for you. Join these courses through our help ; get special coaching in those failed subjects from expert teachers; appear with complete confidence in 12th Standard Exams conducted by NIOS and Pass joyfully.

How are you helped by Kapoor study circle for 12th fail Admission and coaching classes?

Kapoor Study Circle have been helping hundreds of students Fail in CBSE board 12th, as well as other Boards of Education. If you approach our institutions you get all the help from filling up the your admission form for NATIONAL OPEN SCHOOL. Also to effectively preparing you for facing the impending NIOS Board exam of the respective course.
We have our study coaching centers in Delhi. Our experienced expert professionals conduct Special Coaching Classes for  12th class according to NIOS subject list and syllabus. The Classes for 10th class and 12th class are conducted with sophisticated facilities and equipment; regular mock tests are conducted with previous question papers on the subject, and the right answers are already explained.
Guides for studying the subject with an explanation; study-materials prepared by expert teachers; showing individual attention – all these put together clear the doubts and apprehensions of the students totally.
Thus you get complete confidence in facing the relevant subject exam by the NIOS Board. The coaching you got at our institution makes you answer all the questions correctly.

Students appearing for NIOS stream-2 have one more facility. They can get their marks in respect of Passed Subjects (up to a maximum of two subjects) where they have high-marks. These pass subjects get transferred to the fresh 12th class Certificates by NIOS board therefore you have not to appear again in pass subjects from your previous board exams .You need to appear only for NIOS Board Exams for earlier-failed subjects or the new subjects you opted.
Denied opportunities opening up again:
By getting Pass in NIOS Board exams, they can continue further education and career opportunities denied to them earlier.

Required Documents For Admission In Stream 2 (Nios) For 12th fail How to overcome stress of class 12 board exams What is Patrachar Vidyalaya or Patrachar mode of study; it is general question that comes into the mind