Home » Blog » CBSE Board: The backbone of Indian education system 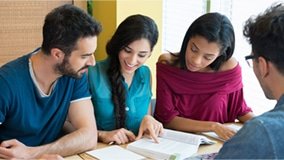 The CBSE, known as the Central Board of Secondary Education is said to be a board of education that organizes and controls the education sector between both private and public schools that are located all over India. The very first education board was set up way back in the year 1921, later on; the Indian Government joined hands with the board and named them as Board of High School and Intermediate Education in Rajputana. It was during the year 1952; the education board went wide apart all over India and was renamed as Central Board of Secondary Education CBSE Board.

How does CBSE Board work?

CBSE, in short, organizes and conducts the examinations for schools that have been approved by the CBSE according to the guidelines and instructions issued by the central government of India. The CBSE affiliates all Jawahar Navodaya Vidyalayas, Kendriya Vidyalayas and the private schools that are known for providing education under the education policy of ministry of HRD (human resource development) department central government of India.

Exams conducted by the CBSE

The CBSE is known for holding the final examinations for both class ten and class twelve, every other academic year. These last tests mostly take place during March. The final results of these educational qualifying examinations that are conducted by the CBSE for both class ten and class twelve shall be released by May. The board once had the authorization to conduct the AIEEE examination that was considered for the admission process of undergraduate courses within the architecture and engineering colleges that are located all over India. But, the AIEE examination, later on, emerged along with the IIT – JEE (Joint Entrance Examination) during the year 2013 and the joint examination is now termed as JEE Main examination.
The CBSE is also known for conducting the All India Pre Medical Test (AIPMT) that shall be considered to complete the admission process with the significant medical colleges that are located in India. During the year 2014, the CBSE grabbed the opportunity to conduct the National Eligibility Test that was considered to enroll the right candidate for junior research fellowship program. Apart from these public tests, the CBSE regularly performs the Class ten proficiency tests and the central teacher’s eligibility test. By gaining the authority to conduct the NET examination in 2014, the CBSE has now emerged to become the most massive exam leading body located in the whole world.

What makes CBSE education a superior one? How to overcome stress of class 12 board exams

What is Patrachar Vidyalaya or Patrachar mode of study; it is general question that comes into the mind